Video looking at  John Bunker’s two solo exhibitions in July 2014 and his thoughts on collage.

This video is a compilation of my work from Sept 2013 to Feb 2014. The projects included are a mixture of commissions and personal projects that I have made in these period.

From interviews to observational footage, I'm engaged in these projects as researcher, photographer and editor.

Six short observational videos documenting the routine of five people who have psoriasis. Looking at  emotional, social and structural issues related to the disease within different social classes in the city of São Paulo, Brazil. 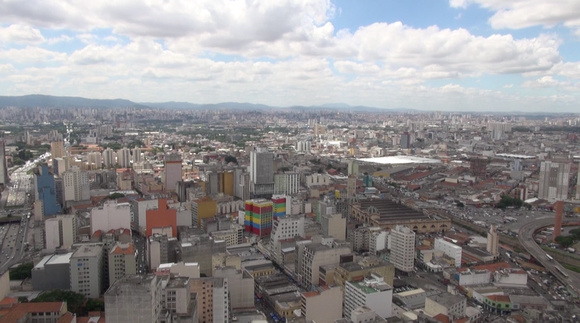 This film is part of my research project entitled Searching for a place in the world: concepts of home in 21st London for my MA in Visual Anthropology at Goldsmiths University.

It looks at the concepts of home in London 21st century. By portraying four different homes and by questioning people about their concept of home – the film aims to depict something of the diversity of the metropolis and the politics of everyday life. The contrasts and intersections of the film reveal modes of life that may or may not meet in the Metropolis. But which co-exist together revealing the complexities of the urban space. See essay at http://www.larissa-alves.com/searchingforaplace

Video for Streetscape - a social enterprise who provides apprentices in gardening landscape for 18-25 years old.

A short video documenting a volunteering day  at the New Leaf railway garden.

This self-reflexive short looks at the emotions of longing and missing in the life of four Brazilians in London. It speaks of absence, self-knowledge and migration. Saudade is a very strong word in Portuguese, and means longing for the homeland, longing for things and people that are far away from us.